What Are Fugitive Air Emissions?

The Centre for Climate and Energy Solutions (C2ES) reports that US emissions have been dropping since their peak in 2007. Transportation, electric power, and industry account for 77% of total emissions, with around 80% of these being carbon dioxide.

As countries around the world take further action against atmospheric emissions, there is one type of emission that will always persist: Fugitive air emissions.

But what are fugitive emissions? How harmful are they to the environment? Can we detect them, and if so, what action can we take? To discover the answers to these questions and more, keep on reading!

What are Fugitive Air Emissions?

A fugitive air emission is the release (intentional and unintentional) of gas from some form of pressurized container, often via a leak. One of the most common sources is pipelines, where a leak in the casing, cement, seal, or valve can allow the constant release of gas.

Leaks and malfunctioning equipment aren’t always avoidable. Nuts and bolts can come loose, sealant can deteriorate over time, and piping is exposed to a combination of natural and unnatural substances.

Valves are also a common culprit when it comes to fugitive emissions, but they can also be the solution. But one of the major problems is detecting these emissions.

The Environmental Protection Agency (EPA) will have companies provide estimates of their emissions. Different substances hold different global warming potentials (GWP). Some of the common examples include:

EPA provides different methods for estimating emissions, but it’s not possible to accurately calculate fugitive emissions. These types of leaks cost companies a fortune and so if they could be detected and fixed, they would be.

Currently, the main approach to detecting leaks is through regular checks. Workers use gas detectors to locate leaks and then repair the damage as quickly as possible. Larger leaks can indicate a structural issue that may require a more timely and costly approach.

The environmental costs often cast a shadow over the more immediate impact that certain fugitive emissions can have on workers, local populations, and the company itself.

The Impact on the Company

The threat of fugitive emissions on the health of workers comes in two forms. Firstly, there’s the immediate impact of exposure to harmful substances or the possibility of an explosion due to unexpected interactions.

Secondly, there’s the long-term health risk. Volatile organic compounds (VOCs) often found in oil refineries or certain chemical companies pose a real risk to any worker exposed to them, especially over an extended period. Symptoms can include:

And while these symptoms may seem troublesome enough, they can be indicators of larger issues, such as cancer, central nervous system issues, kidney failure, liver failure, and certain brain illnesses.

Not that it’s comparable to human life, but fugitive emissions also pose a threat to a company’s survival. Leaking pipes or containers can lead to a significant loss of product, on top of the cost of repairs.

Damage to the local or global environment and the illness or death of employees or local people can lead to lawsuits. Something seemingly as simple as leaking pipes could cost $350 million in damages.

A report from the World Resources Institute estimates that fugitive emissions account for 5.2% of all global manmade greenhouse gas emissions. This is particularly true of the natural gas industry.

When it comes to the buildup of greenhouses gases and global warming, methane is 25x more powerful than carbon dioxide. The impact is so great that it’s sparked debate as to whether burning coal may be better for the environment when compared to the damage caused by methane fugitive emissions.

The local environmental costs can also be great. The damage of fugitive emissions to air quality can be huge, with the possibility of disrupting local ecosystems. Water quality can also be impacted which can destroy plant and animal life, and even harm humans.

This is particularly true of lead and other similarly harmful materials which attack the brain and central nervous system. Poisoning of this sort can create developmental problems in children or even cause comas and death. In adults, it can lead to kidney damage and high blood pressure.

Pregnant women and their unborn children are the most at risk when it comes to the potential harm of dangerous air pollutants.

Fugitive air emissions pose a real problem. The environmental cost is huge, but the health of staff and local populations can also be at stake. Companies that can’t stay on top of leaks will find themselves facing financial consequences which can reach millions of dollars.

To ensure that your company has all the tools, equipment, and resources it needs, contact Jet-Lube today! 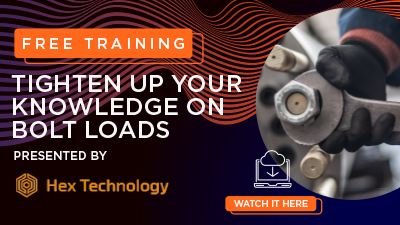