Crushers are machines used to reduce the size of materials in the primary, secondary, and tertiary crushing stages in the size reduction process. They are utilized in aggregates production, construction, material recycling, and in mining operations. Size reduction is accomplished by two primary methods: impact and compression.

Impact crushers reduce size by initially impacting the feed material with rapidly moving hammers or blow bars. As material feeds through the crusher, the size is further reduced by impacting with the walls of the unit and with the process material itself.

Compression crushers, the subject of this article, reduce feed material size by compressing or squeezing the particles between two surfaces. As process material moves through the crusher, the crushing zone becomes progressively narrower, resulting in continued particle size reduction until the material is small enough to be discharged. The three most common compression crushers are jaw, gyratory, and cone crushers. Cone and gyratory crushers are similar in operation and lubrication requirements. Before discussing the primary compression crusher lubrication points, it is suggested that all electric motors bearings be correctly lubricated with a suitable grease.

Jaw crushers are a type of compression crusher. They are usually used at the primary stage where material size is reduced for easier transport to the next stage by conveyor. Jaw crushers crush material by compressing it between a stationary and moving jaw or swing arm. There are two types of jaw crushers: single toggle, and double toggle. The single toggle jaw crusher is more commonly used due to its higher throughput. In the single toggle jaw crusher, the eccentric, which creates the ‘chewing’ action of the moving jaw towards the stationary jaw, is located at the top of the swing arm. The jaws are positioned so the gap between them narrows as the process feed is crushed into progressively smaller pieces.

The main lubrication points in a jaw crusher are the eccentric shaft main or outer bearings and the pitman bearings. Often, spherical roller bearings are used for their self-aligning characteristics. Main and pitman bearings are heavily loaded and subject to shock loading or load spikes and vibration. Both bearings require a mechanically stable grease that maintains its consistency. In harsh environments, the grease should have a high base oil viscosity to provide adequate film thickness during periods of high vibration and shock loading. Although the components are sealed and protected to a degree, best greasing practices should prevent external contamination. An example of a suitable grease for jaw crushers includes Jet-Lube Jet-Plex EP™ Grease. This grease is suited for both main and pitman bearings, as well as other applications, including all single or double toggle grease points of a jaw crusher.

Gyratory and cone crushers are compression crushers. They crush material in a crushing cavity between a fixed external surface called the bowl liner and an oscillating cone-shaped mantle. Gyratory crushers are usually used at the primary stage, while cone crushers are more often used at the secondary and tertiary stages due to their higher speed and ability to produce smaller sized discharge particles.

Gyratory crushers utilise oil lubrication to perform several functions. The oil is drawn from a common remote reservoir and serves two circuits. In the lubrication circuit, oil is drawn from the reservoir through a filter to remove solids and possibly cooled. The oil is pumped to the thrust bearing, eccentric bushing, and to the bevel gear and pinion on its return to the reservoir. The oil must be suitable for use with steel gears, bronze thrust bearing, and the Babbitt eccentric bushing.

Components in the oil circuit are generally lubricated with an EP or anti-scuff (AS) gear oil. Whitmore’s Paragon™

Cone crushers are secondary and tertiary stage crushers. They are higher speed than gyratory crushers and their parallel crushing zone at the discharge end of the bowl-mantle gap tends to yield smaller and more consistent particles.

Like gyratory crushers, cone crushers utilise a remote reservoir system to provide filtered and temperature adjusted oil to the step bearing, eccentric bushing or bearing, main shaft and wear plates, upper bearings, and the bevel gear and pinion on its return to the reservoir. Components in the oil circuit are generally lubricated with an EP/AS gear oil. As discussed in the previous section on gyratory crushers, the Paragon and Decathlon Extreme Series are examples of gear oils meeting the requirements of the application. It is suggested that the operator follow OEM recommendations regarding viscosity grade.

Cone crushers do not have a spider bearing. Instead, the mantle is supported by a set of oil lubricated bearings further down the shaft creating a lower pivot point.

A billet thread system may be used to control gap and to release tramp, uncrushable material. The threads are generally lubricated with grease and often a grease containing molybdenum disulfide, a friction and wear controlling solid lubricant. Either Jet-Lube Jet-Plex EP Grease or Jet-Lube Alco EP Grease, which contain molybdenum disulfide, are suitable for the gap control system. Some cone crushers may utilise a hydraulic system to control gap and to release tramp, uncrushable material. This may require a hydraulic oil, typically ISO VG 32-68 oils will be used but it is recommended that operators follow OEM viscosity guidelines. Examples of ashless hydraulic oils suitable for this purpose are Whitmore Hyperion™ and Whitmore Hyperion Synthetic Blend Oils.

Non-lubricant requirements and recommendations for gyratory and cone crushers

Gyratory and cone crushers require a non-lubricant compound called a backing compound. These crushers process thousands of tonnes of material with varying hardness and at high process rates. Hardened liners protect the bowl and mantle from damage; the liners take the beating and hammering effect of the process. Liners are routinely changed as part of crusher maintenance. A set of liners may have a service life ranging from a few weeks to a few months. In some cases, they are routinely changed several times per year. There is always an annular gap between the liner and the surface that it is protecting; leaving this gap would shorten the life of the liner and potentially damage the head (mantle support component) or bowl themselves. This gap is filled with a backing compound. The backing compound must be durable and impact and crack resistant. Backing compounds are multi-part epoxy systems. They require accurate measuring to obtain the correct curing time, hardness and durability. The crusher is out of production during the relining process.

An example of a backing compound is Jet-Lube’s Deacon® Crush-Bac™, which is a two-part epoxy. The resin and hardener are packaged and blended in a 1:1 ratio. In the process, the bowl walls and head are sprayed with Jet-Lube EMS™ to prevent Deacon Crush-Bac from bonding to machine surfaces. The bottom seams are sealed with Deacon 327-RTV, holes and gaps are sealed with Deacon Mold Pac to prevent leakage. Pouring the Deacon Crush-Bac into the liner gap is made easier by forming funnels using Deacon Mold-Pac Casting Retainer Putty.

The unit is ready to go back into service up to 50% faster due to Deacon Crush-Bac’s functional cure time of 5 – 6 hours. Experience suggests that Deacon Crush-Bac remains serviceable longer, resisting cracking and fracturing, allowing for increased production per relining of up to 37.5%.

In the harsh environment in which gyratory and cone crushers operate, there is real potential for contamination of the oil in the reservoir, which lubricates virtually all critical components, with abrasive contaminants and moisture.

Severe abrasive wear of bearings, gears, hydraulic pumps, and the control of rust and loss of lubricating properties, additive depletion, and corrosion due to moisture contamination are important considerations. Service lives of all components in these systems can be extended by using desiccant breathers to keep oil clean and dry. Desiccant breathers remove moisture and abrasive particles from the air during normal air exchange between the reservoir’s head space and the environment.

An example of a desiccant breather line is the Air Sentry® line. An example of a desiccant breather within this line is the Guardian® Series. With a higher silica gel capacity, these breathers can remain in service for longer than most. They will also remove abrasive particles down to 0.2 microns ensuring that components of both the gear and hydraulic oil circuits of gyratory and cone crushers are protected from damage caused by moisture and abrasive particles. 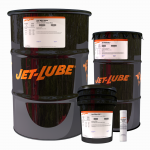 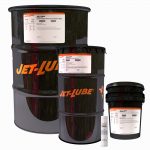 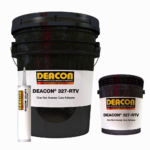 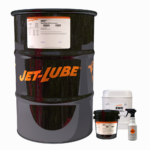 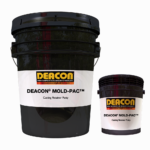